AABA is the most common song form

AABA is the most common form in jazz standards. Every A lasts 8 bars, and every A has more or less the same chords. After the first 16 bars comes a B of 8 bars with different chords and a different melody, followed by 8 bars of another A. In the first half of the 20th century, a lot of songs had this form. These songs were not jazz standards, but songs you would hear on the radio or in musicals. There has been a time when jazz was music you heard a lot on the radio, though that maybe hard to imagine now. It was like that in the swing period, before Parker and Gillespy turned jazz into an art form. Nowadays the AABA form is seldom used in popular music, but in jazz it’s still the most common form.

A lot of jazz-musicians love playing standards, and most of these standards are based on songs from the first half of the 20th century. Some people just can’t get used to this form. They start playing the B totally out of the blue. I’ve played with several piano players who had this problem. And although it doesn’t seem very difficult to have to count to three (after each B you’ll play 3 A’s), it is understandable why these people got confused. We jazz musicians have to pay attention to a lot of things at the same time. In practically every bar we have to play new chords, sometimes up to 4 chords in one bar. We have to play in a number of keys in each song. Jazz is complicated music and the beginning jazz musician is very busy solving many, many problems as they come along. So it is no wonder he sometimes looses sight of the big picture. But do not despair if you’re a beginning jazz musician. It is a very rewarding, a deep emotional experience and fun to play jazz after a while.

A tip that may help you not to get confused: play some sort of ending at the end of the harmony, just for yourself. For instance, you could end with a number of high notes and start with low notes in the first A or the other way around. It doesn’t matter what you play exactly, as long as you get the feeling that you’ve played an ending. If you do this the right way, you’ll only have to count till 2 instead of 3, which makes a big difference. As I mentioned, the B has different harmonies than the A. Usually, the last 2 bars of the second A differ from the last 2 bars of the other A’s, because they were used to make a nice harmonic transition to the B harmony. This helps; actually every change in the harmony of the A makes counting easier.

John Coltrane and Miles Davis have made modal playing popular in jazz. In modal playing, there are few chords in the harmony. So What for instance only has 2 chords. The A’s are D minor 7, the B is Eb minor 7. You think in keys rather than in chords when you play modal jazz, and because there are few chords the freedom to do so is enormous. At the same time, this poses a problem for many musicians. You’ll have to wait 24 bars after you’ve just played the B before you go up half a step again. Luckily all musicians develop sort of an 8 bar feeling. Somehow we just know when 8 bars have been played without counting each and everyone of them. 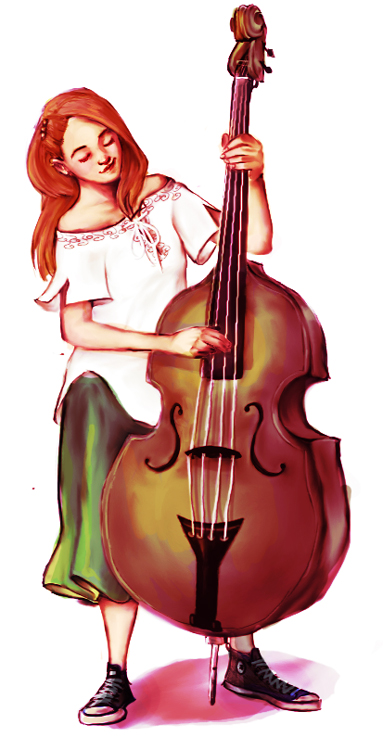 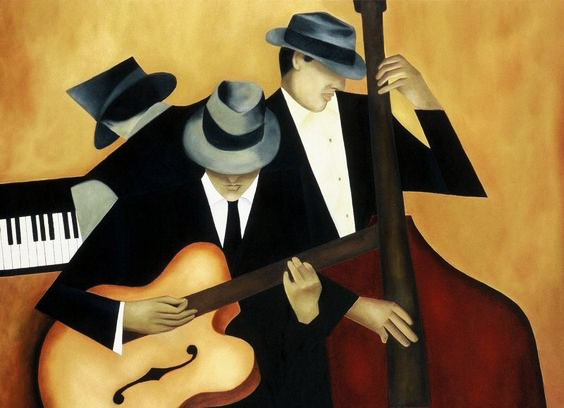 A video about AABA