Table of contents
* Bass Lesson 22 Rapid Changes: an answer
* You can do this!
* Apps and books
* Your parts should be easy to read
* ‘Round midnight
* It’s not so hard
* Playing common chord notes
* Tips: navigate through rapid changes

Bass Lesson 22 Rapid Changes: I was asked how you can stay relaxed when chords are fired at you rapidly. The previous two lessons were necessary to prepare for this final lesson. I think it’s a good idea to say a few things about staying relaxed while accompanying and while soloing.

You can do this!

When you’re accompanying, nothing complicated is going on. Accompanying is not that difficult when chords are fired at you rapidly. You hardly ever have to play more chords than four chords in a bar. Four chords in a bar usually means four notes in a bar for us, and it’s not that difficult to play four notes in a bar. You can do that!. Of course, you’ll have to get used to reading these chords if you see the changes for the first time. But this is something you can train. Get used to playing walking bass each day in 7 standards you’ve never seen before.

There are nice apps that can help you learn standards. Also, there are a lot of real books that contain 400 or 500 standards. Buy them and train yourself this way. Fairly quickly, you’ll never have to worry about this again. Make this exercise more fun to do by using Band-in-a-box, a nice software program that enables you to play the changes of your choice accompanied by drums and piano, or other instruments of your choice. This also enables you to check if you’re playing in tune all in one go.

Your parts should be easy to read

Sometimes (or many times if you are not so lucky) you’ll be in a situation where you will have to play changes at first sight that have been written down very poorly, so that it’s almost impossible to play them the right way. I’m saying this because I want to stimulate you not to join the ranks of these terrible writers. Please make sure everything you write down is readable, preferably with four bars on each rule. This leads to much better results, I’m sure that you will understand this.

There is a simple trick that enables you to stay relaxed when you have to solo over four chords in a bar: instead of staying fixated on the notes of each and every specific chord, you think in scales and keys. Let’s look at the first eight bars of the famous standard ‘Round Midnight’ by Thelonious Monk (see on the right or below).
Play Eb minor in the first two bars, although the Bb7alt in the second bar does provide the opportunity to play an altered scale (Bb-b-C#-D-E-Gb-Ab-Bb). But this is not a must. Among Dutch jazz musicians (I live in Holland), we call the harmony in the first two bars a one-six-two-five, after the steps of the scale these chords are built on (see the two previous lessons). In the third bar starts a two-five-one that leads to Db major or minor (see the previous lesson). You can make your own choice, as the ‘one’ is left out. In the fourth and fifth bar, there are three two-five-ones in a row. In the fourth bar, you can play A minor or major on the first two beats. In the third and fourth bar is a two-five-one that leads to Ab in the fifth bar. This Ab is the two of another two-five-one without the one. Play in Gb major or minor. In the sixth bar is a two-five-one that enables you to play Db major or minor, as you did in the third bar. In the seventh bar is a tritone substitution (see lesson 5). The B7 chord is a substitute for the F7 chord. So in fact in the last two bars starts another two-five-one that leads back to the first bar and Eb minor.

It's not so hard

This may sound complicated at first, but it’s not that difficult at all, as you’ll find when you dive into this matter. Instead of playing a solo while being fixated on each and every chord (I counted them, there are sixteen chords in these first eight bars), you concentrate on playing a solo in five keys. This makes playing your solo a lot easier of course, so it will also be much easier for you to stay relaxed. If you’ve read some of my bass lessons before, you know I believe this to be about the most important factor if you want to become a great musician. This method can help you a lot, but you’ll still have to study somewhat before you’re able to do this fluently.

If you are forced to play a solo over a whole lot of chords and it is impossible to the system I just described, there is another trick that could help you to survive. Look for common notes in the chords. It’s possible to solo in such a way that – just when you have to play something over these bars with a harmony you don’t understand (don’t worry, some harmonies are not understandable at all, they just sound great) – playing a few common notes will keep you from drowning and will sound okay. The harmonies of most standards are very understandable by the way, so you won’t have to use this last trick often. This is very nice, for this is really a trick and not a nice method. It is sort of an escape route actually. But it does come in handy at times. 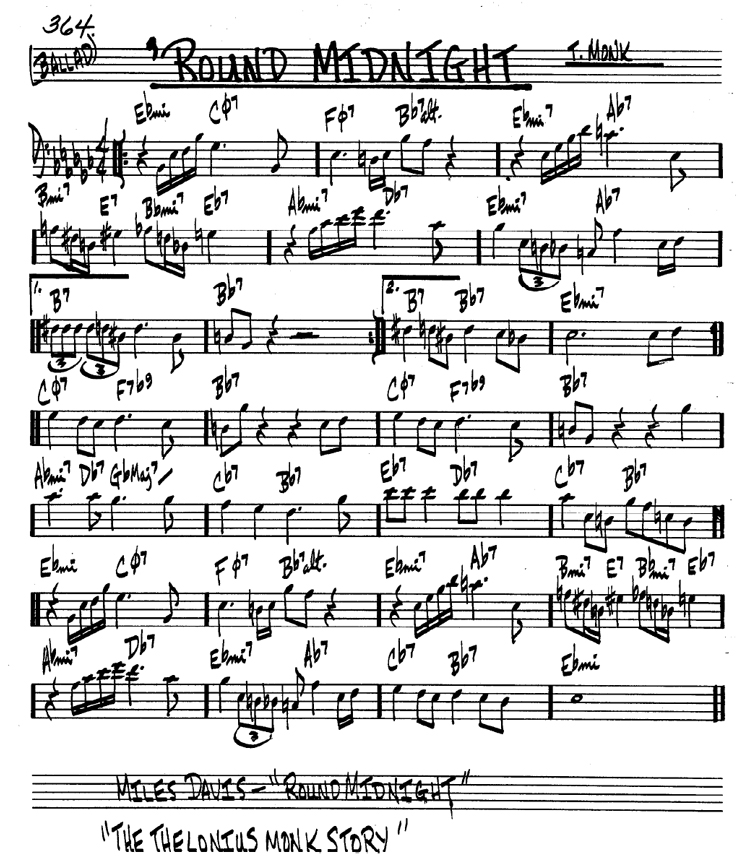 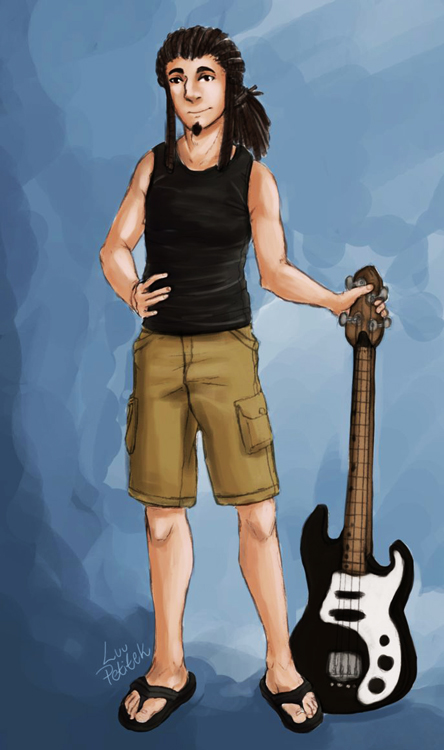 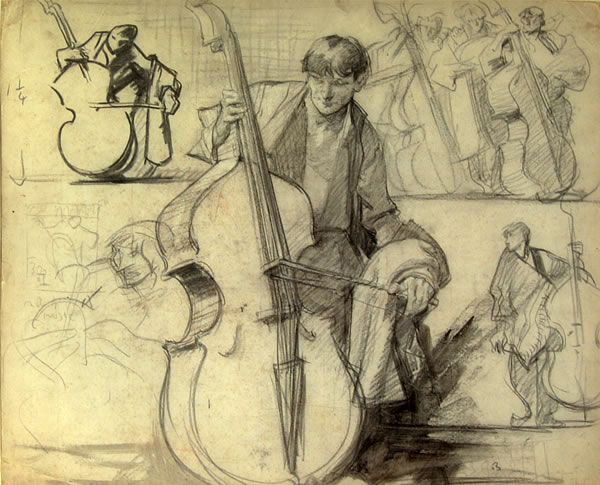 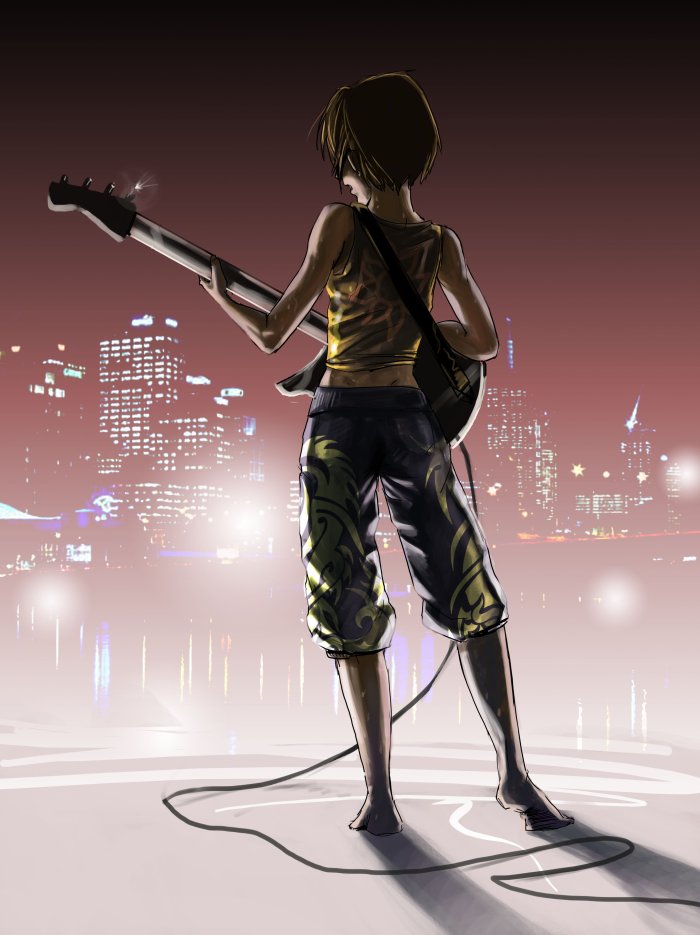 Did you like Bass Lesson 22 Rapid Changes? Go to the next Bass Lesson!